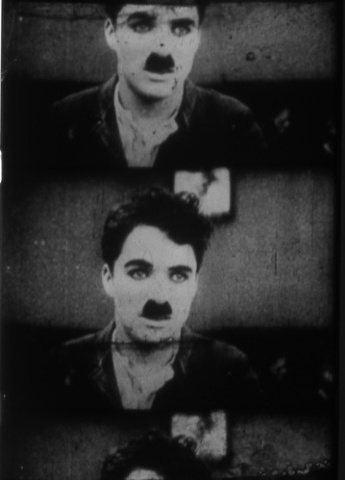 THE BIG STICK / AN OLD REEL 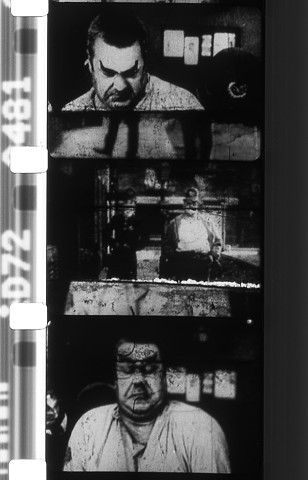 "[The film] intercut[s] two Charlie Chaplin shorts centering on policemen with newsreel footage of police crowd control and street fighting. Levine questioned the social implications of media, not only by making temporal, aesthetic and contextual comparisons of his sources, but by presenting this discomforting ragout in a film gauge whose cost, availability and mobility make simply working it an intrinsically political gesture. Levine also understood how to use very fast cutting in old-style 8mm, a difficult task in that the splice is in the middle of the frame. A cut is therefore void of illusion, and in fact threatens to obliterate a weak image..."

"... Levine's adroit use of graphic action from the newsreels and close-ups from the shorts changed the rapid cuts from awkward stumbles to almost profound superimpositions." - James Irwin, Artweek