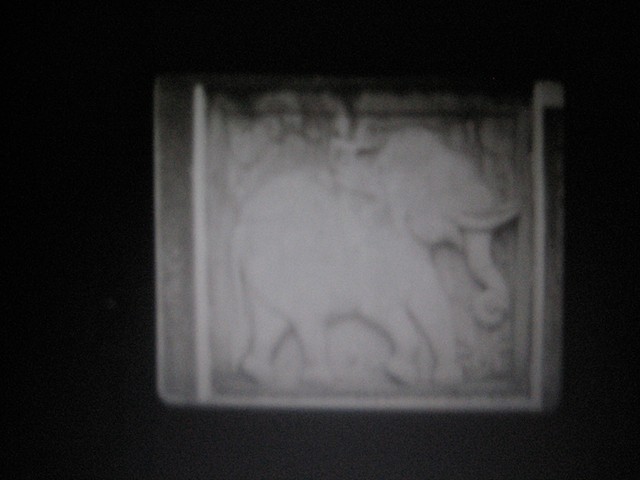 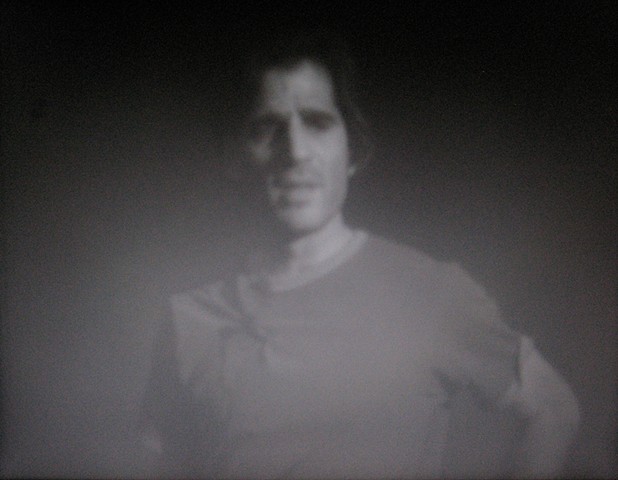 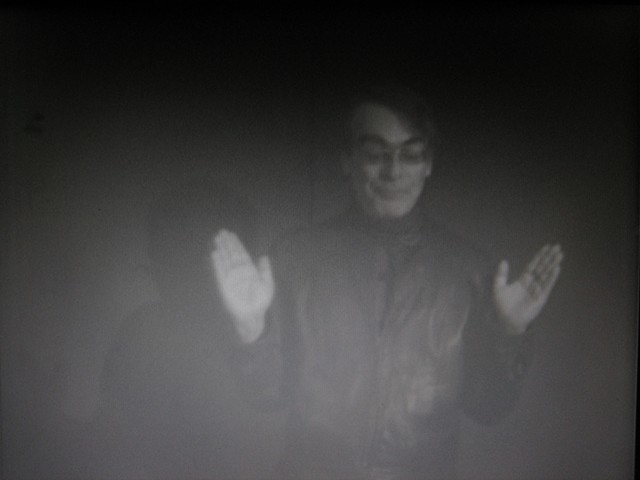 "On 9/11/2005, Mark Lapore took his own life. I first met Mark at SUNY Binghamton in the fall of 1973, when I took my film production class. Over the years we became friends and colleagues, film/video makers and teachers. In the aftermath of his death I decided to record unedited monologues by people who knew him from Mass Art--recounting their dreams or apparitions of Mark. I used an old black and white Panasonic studio camera similar to one he had been playing around with; I wanted a different quality to the image from HD and because it ghosted the image. I had thought it would be a web based work and nonlinear, but Erica Beckman's section, which we edited according to her instruction, changed my plan--it was a definite ending and a surprise to me. I found the piece worked as a projected linear experience. I urge you to watch it once that way." - Saul