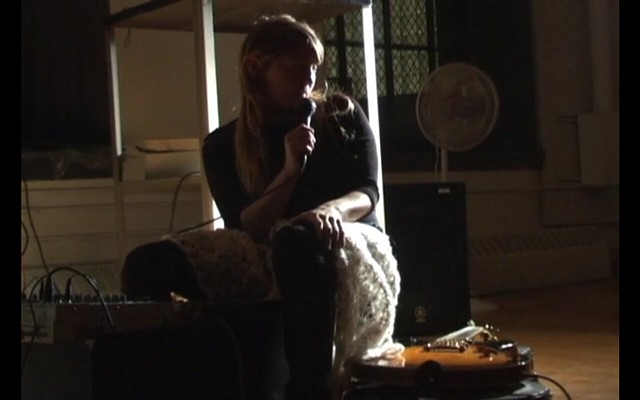 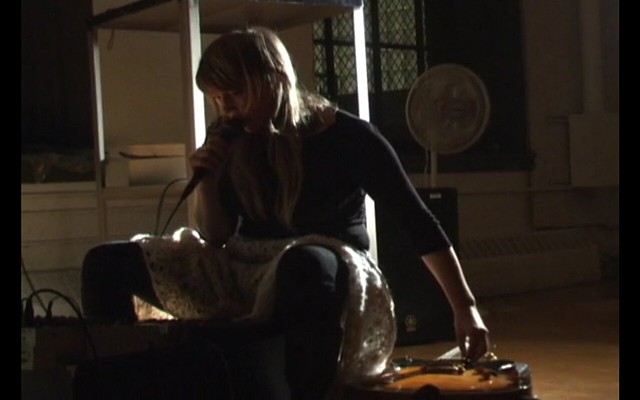 I first talked to Shana Palmer outside of Charlie's in Cambridge when she asked if she could use some of my films as back up for her performance at a Noise festival. I later asked her to perform live with my film NEW LEFT NOTE at Nom D'Artiste, a loft and gallery in Chinatown. Shana is a musician who includes vocals in her performances and at the time also sometimes appeared in costume. This is a performance I recorded at MassArt; it starts quietly but becomes more and more intense, though never loud or bombastic--aurally or visually. Very much not a piece likely to go viral--a quiet portrait.