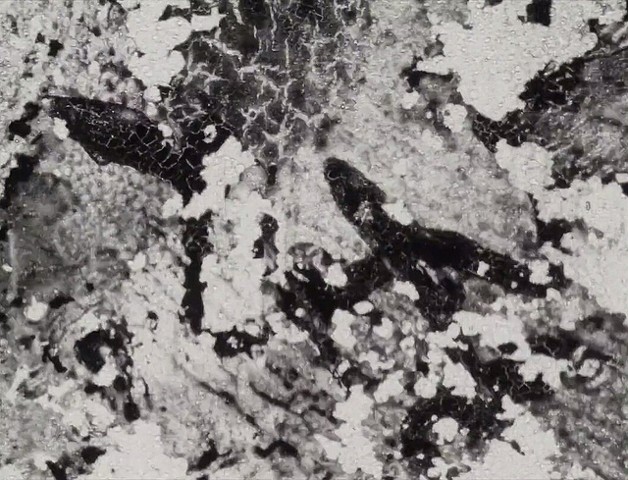 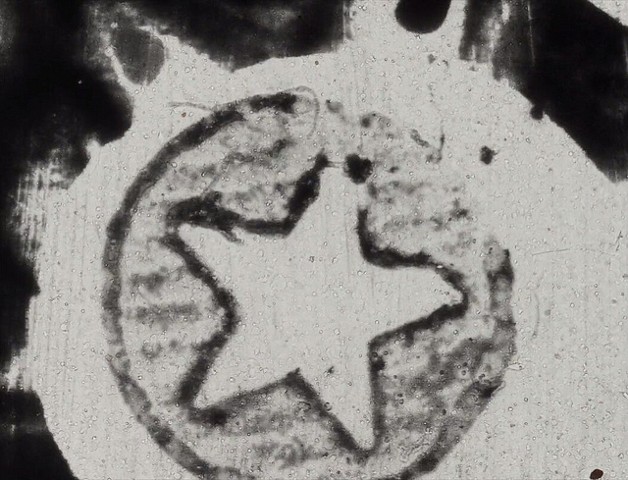 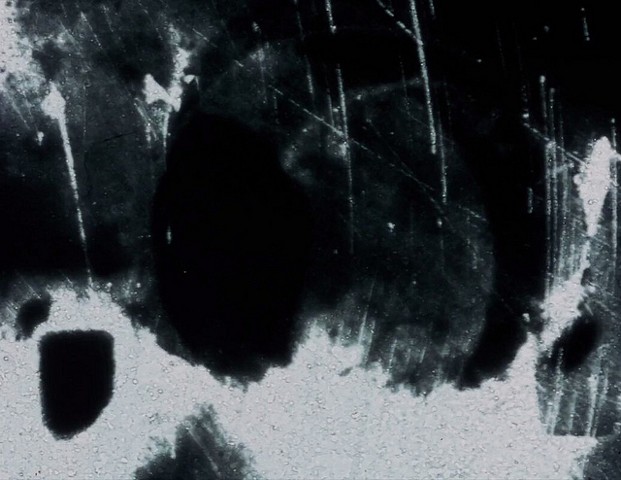 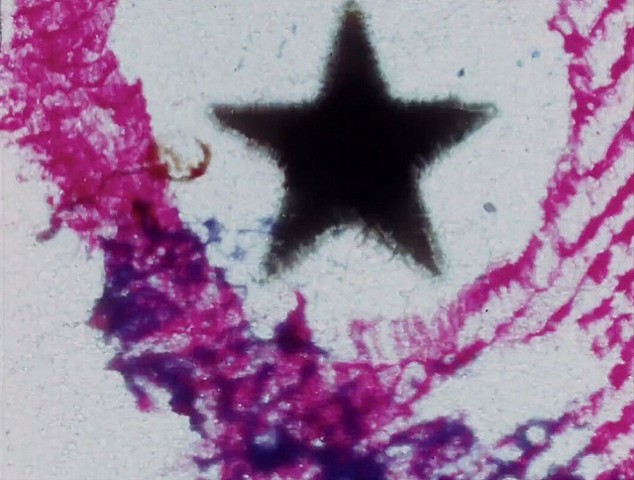 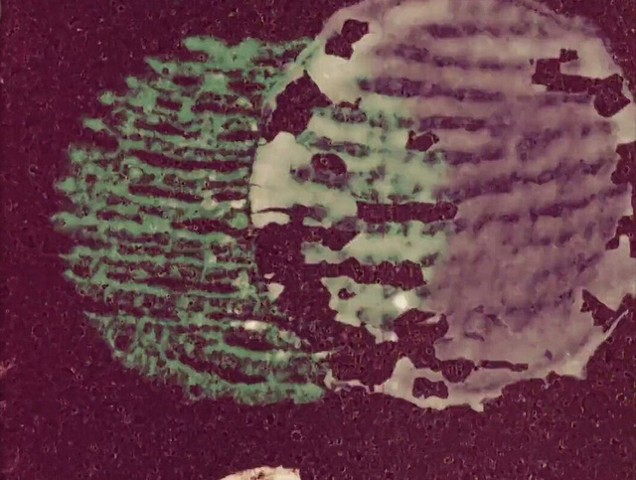 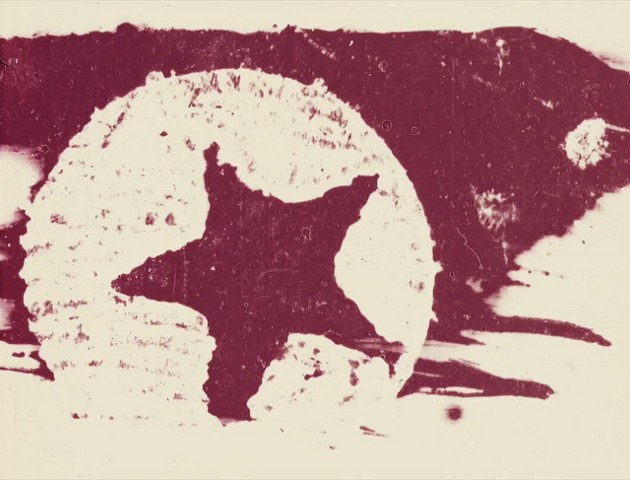 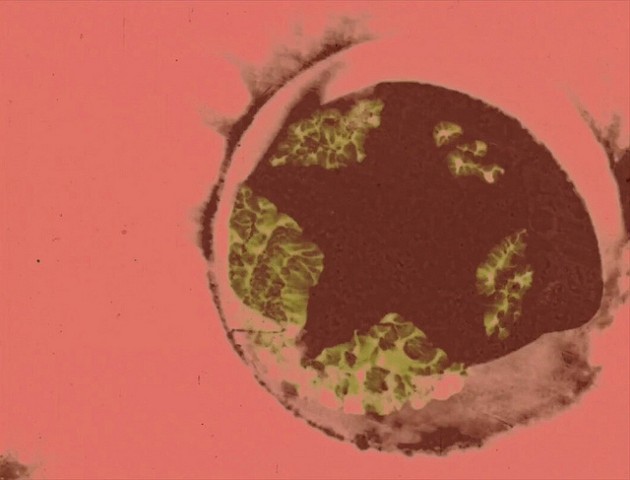 I began this film in 1968. I had painted, scratched, scraped and bleached film since I began in 64/65 mainly in regular8 and usually with photo-chemical representations. In this film i decided to paint and bleach 16mm clear and black leader thinking from the beginning that I was making an emulsion that light would shine through. I was making both positive and negative images that could be contact printed. The film is made from a painted and bleached original a little over 100 ft that has been contact printed onto b&w and color positive and negative film. I used stars, circles and crescents to ground the viewer and make clearer the meditation on positive and negative space. I also wanted to make a completely camera-less film.